Brian Littrell is an American singer-songwriter, known as a member of the music group Backstreet Boys, and for albums such as Millennium and Black & Blue.

Brian Littrell has been spotted with a couple of tattoos, including a religious masterpiece on his left shoulder which contains a cross with clouds and sunbeams, the saying "Rock of Ages", along with an angel head and wings.

His other tattoo is an armband of lyrics reading "It was the 15th of June when she walked in my life, it was the first time someone said hello with her eyes". 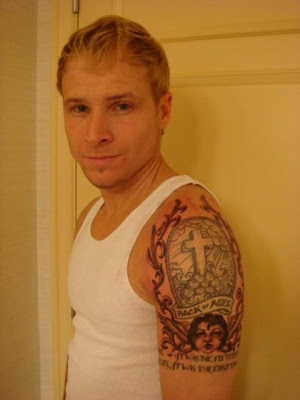 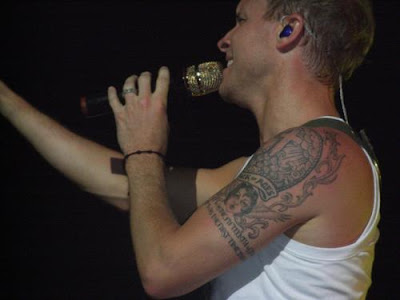